How do I… pitch my story to journalists on social media? 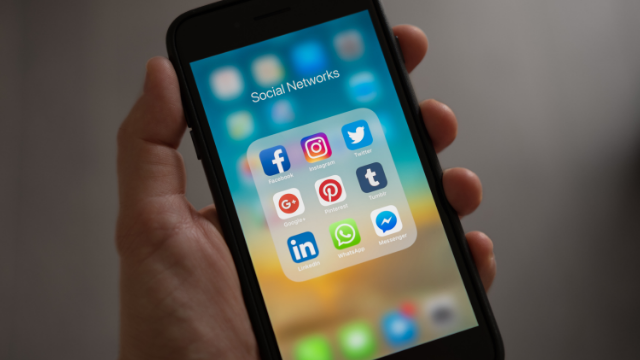 If you have a potential story to share and think reaching out on social media might be a good option, read our tip tips first to ensure you hit the right mark and play by the virtual rules.

1. Twitter can be a great place to reach out.

Generally speaking, Twitter can be a great place to pitch journalists who are often very engaged with Twitter. As somewhat public figures, journalists treat their Twitter accounts at least partially professional, so they’ll likely be happy to chat with you on Twitter about topics relating to their beats.

That said, many journalists receive a ton of pitches on Twitter, so be mindful of your first approach. If you just tweet “Hey, I have something I think you’ll like — DM me,” you’re leaving the journalist absolutely no reason to reply. Try to include a link to some news or @mention the brand or organisation you’re representing. If journalists recognise the business or are interested in the link you share, they’re much more likely to reply.

2. Facebook is for friends, and friends don’t pitch friends.

Journalists by and large never want to be pitched on Facebook. Even though Facebook now has many non-social uses — from media organisations sharing breaking news to the Follow feature — this doesn’t mean the network has turned all business. Journalists, especially ones who consider their Twitter account to be an extension of their reporting, want to maintain some semblance of privacy on Facebook.

Facebook has rolled out the ability to pay to message people you’re not friends with. But just because the feature exists, it doesn’t mean you should use it, because Facebook is a social network for friends. You should also avoid creative alternatives to messaging, such as commenting on cover photos or public shares with pitches.

This point is short and sweet, the way your pitches should be. Follow up three, four, five or six times, you are spam and well, annoying.

Some journalists get way more pitches and Twitter messages than others. A journalist on Twitter with fewer interactions and followers may be more likely to spot an @mention, but do not go through a junior journalist to get to a colleague.

5. Know the journalist’s beat and their media outlet’s content before you pitch.

This is media pitching 101. Before you pitch, do your research. Social media can be enormously helpful for that. Are you pitching a story this journalist will find relevant? Does the media outlet produce stories about related topics? Although these may sound like basics, they’re ignored more often than you may think. It’s your job to do the research.

6. Don’t ask for an email address that’s listed on Twitter.

7. Personal email addresses and mobile phone numbers are not for pitches.

We all have too much email, and we want our work emails sent to our work addresses so we can reserve our personal address for family, friends and non-work messages. Unless you’re pitching a freelancer, be sure to send your message to a work address.

If you have a story you really want to be picked up but have absolutely no idea what outlet or journalist may be interested, don’t leave a trail on Twitter. As soon as you pitch your story to a journalist, they will probably click on your Twitter profile to learn more. If they see that your last 20 tweets are copy-pasted versions of the tweet you sent, they’ll quickly lose interest. Your time is better spent narrowing down which reporter would be the best fit for your pitch.

If this has whetted your appetite and you’d like to find out more about how you can harness the power of digital influencers for your business, get in touch at contact@lbpr.com.au

Why not share this with someone who’d enjoy LBPR’s “HOW TO” PR Series? Forward this on or get them to sign up directly here: https://bit.ly/LBPRnewsletter

Stay in the know

Get our monthly top tips for effective PR sent straight to your in-box, including our free social media checklist.